After anti-Keystone XL groups advertised their protest Friday at the White House tree lighting ceremony far and wide, even scoring coverage with a few Washington DC news outlets, Politico Pro reported that only “about 10 people showed up.”  But that might even be a generous estimate as pictures from 350.org show only about six people who braved the cold to fight global warming and Keystone XL.  OSFC was also on hand, only to find two protesters in the ranks that night. 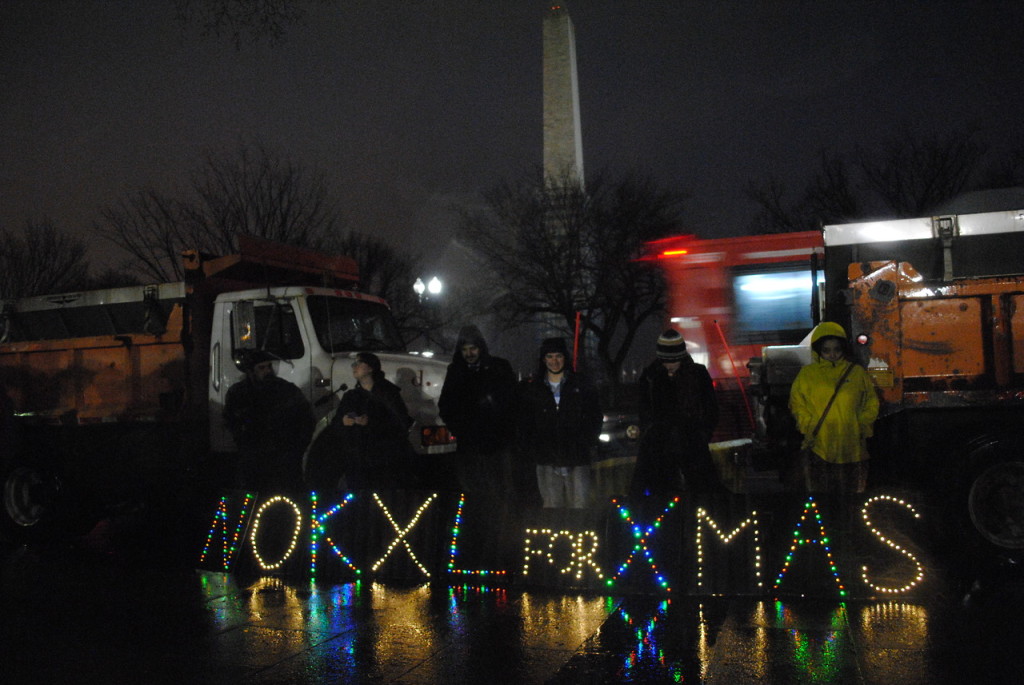 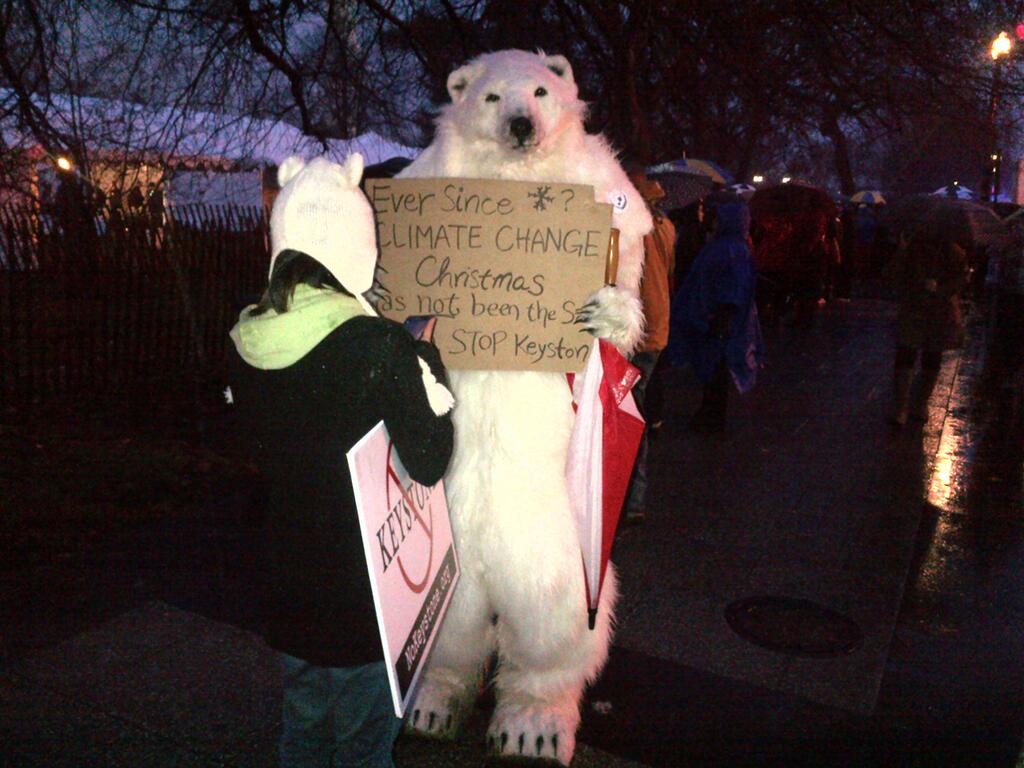 This is starting to become a pattern.  Just last month, the Sierra Club and 350.org organized a protest in Georgetown where President Obama was set to speak, advertising it as if it were going to be a big deal.  As they put it:

“Tomorrow afternoon, President Obama will be speaking at the Wall Street Journal CEO Council at the Four Seasons Hotel in Georgetown, and activists will be right outside to remind him of his climate promises and call on him to reject Keystone XL and tar sands expansion,” the groups said in a statement.

But as Politico reported, only “About a dozen anti-Keystone protesters gathered outside President Barack Obama’s speech in Washington today” and they “did not see the president, as his motorcade entered the hotel from the back.” 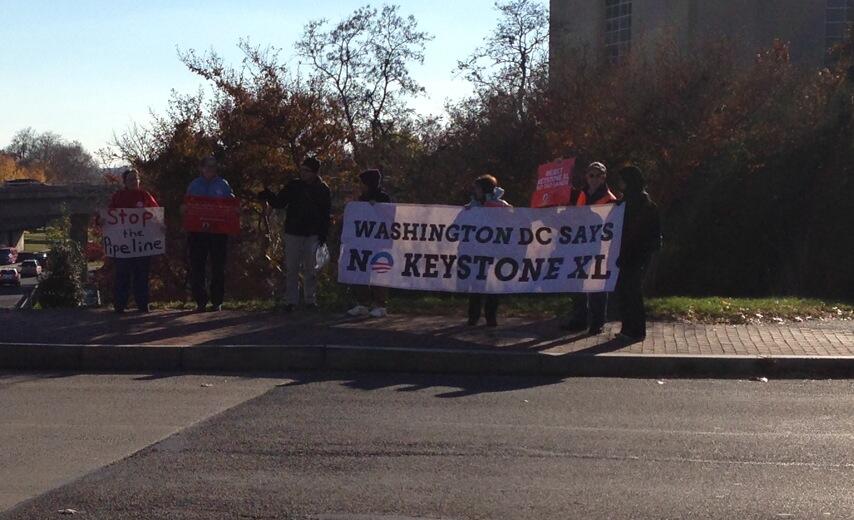 “Only a few dozen anti-Keystone XL demonstrators showed up Saturday to Washington’s Lincoln Park, a few blocks from the Capitol, for what was billed as the main location for a nationwide day of action against the controversial pipeline planning to funnel Canadian oil sands crude to U.S. Gulf Coast refineries.That’s not all: in September, 350.org organized a number of “Draw the Line” protests across the country and in Washington DC, and promoted them with a YouTube video which boldly proclaimed: “On September 21st, across the United States we will defend the places threatened climate change and tell President Obama there’s no turning back.”  But as the Globe and Mail reported,

‘I’m disappointed, I hoped there would be more people,’ said David Barrows, 66, who wore an anti-Keystone T-shift and carried a hand-painted sign calling it the ‘Kill Line.’

“Our hope is that this summer will be a historic show of solidarity not just with the Americans who suffer most from the fossil fuel industry, but with the people across the planet whose lives are at risk as the world warms.”

But it was far from historic.  According to the Daily Caller,

“Attendance at protests against the Keystone XL pipeline appears to be in decline, despite warmer weather.

As part of the “Summer Heat” campaign to challenge the fossil fuel industry and hold President Barack Obama to his promise to address global warming, activists marched Saturday on Washington, D.C. This time, however, only a handful of protesters showed up…”

Why such low turnout?  Could it be that an overwhelming number of Americans across the political spectrum want Keystone XL to be built?  Remember the latest Pew poll found that 65 percent of Americans say yes to Keystone XL because the pipeline will not significantly impact the environment, it will create tens of thousands of jobs, and it will strengthen our energy security and economy.  No wonder no one is showing up to say no.