The facts behind Keystone XL – that it will support tens of thousands of jobs, spur economic growth and put us on the path to energy security – are so obvious that all opponents are left with is perpetrating fictitious claims. The fruits of their fabrication are on full display in the video that billionaire Tom Steyer, through his anti-Keystone XL group NextGen, recently released. Let’s just say the absurdity has reached new heights: The video, which features an actor playing TransCanada CEO Russ Girling (not in a favorable light – surprise, surprise) asks Americans to suspend all reality and common sense, and live in Tom Steyer’s fictional world.  And, all it takes, to borrow a phrase from the video, “is a little old fashioned lying.”

Check out our infographic below, which summarizes the reality that Keystone XL will provide for Americans. 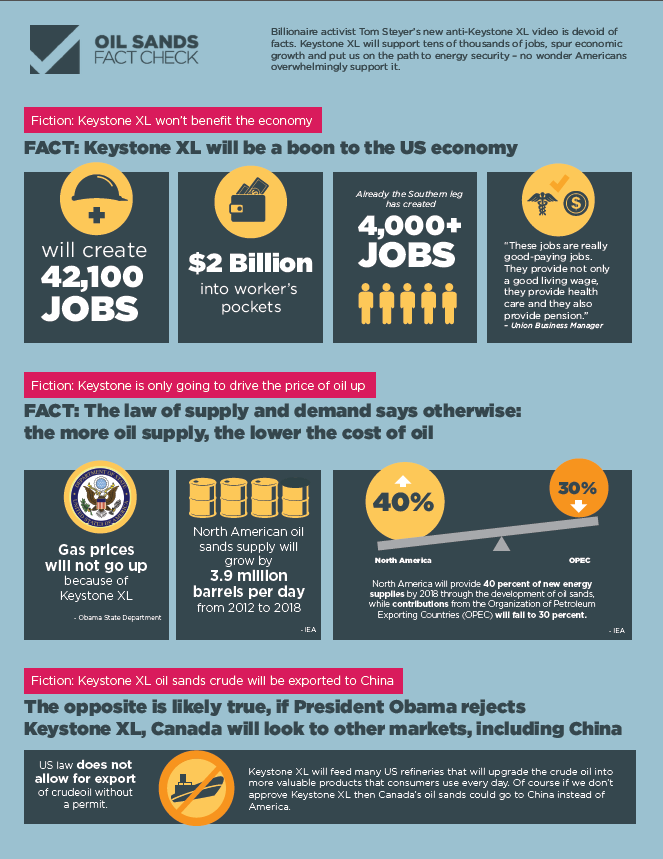